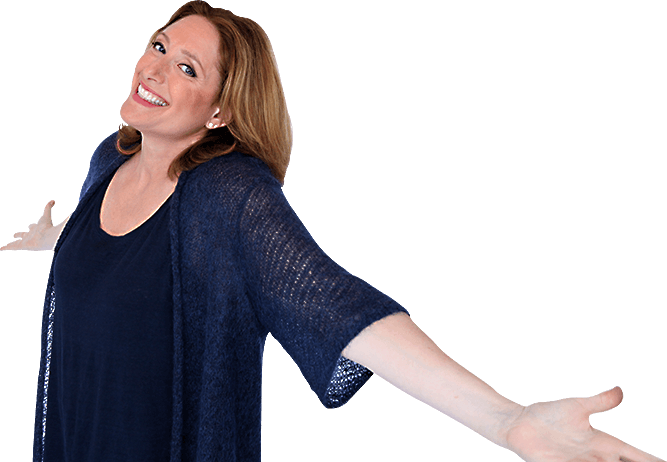 Judy Gold is one of the most prolific and multifaceted comics working today.

Her career has spanned 35 years, from the golden days of the New York comedy circuit in the 80s to present-day guest starring roles on a multitude of the hottest TV shows.

She also just happens to be a gay Jewish mother, experiences that inform much of her standup act.

Through it all, she has remained outspoken and unafraid to take on anyone and any topic with a twinkle in her eye that let’s you know it’s just a joke. But a joke that makes you think.

OutWire757 had the opportunity to speak with Judy in advance of her appearance this at Outer Banks Pridefest and take a walk through her stellar career and her million-miles-a-minute head.

I love your podcast, “Kill Me Now.” You have had every imaginable person on that podcast. How do you determine who you want to talk to? Is there anyone left?

I have a wish list, and it’s really people I find interesting. I mean, it runs the gamut. I’ll have Amy Schumer, then I’ll have Lorraine Newman. Marilyn Maye was this week. I fucking love Marilyn Maye. It’s sometimes a challenge because the advertisers are like, Marilyn Maye, who’s that? But it makes for a better podcast. Just the showbiz stories she has! I mean, the more you’ve lived, the better stories you have.

And those interviews have become a huge archive that never existed before.

Yeah, that’s what I really love. I just find people interesting, and I want know what makes them who they are. I don’t want to talk about what you’re plugging. I had Christine Taylor (Ben Stiller’s wife) on. She was really popular in high school, and she got some commercial, then they were all mean to her. And she said to me, “No one’s going to care about this.” And I was like, yes they are! We’re all still in high school. Life is fucking high school. Showbiz is definitely high school. And now the fucking bully is the president of the class.

The best part is that are no parameters. I can do whatever the fuck I want. And I love hearing what pisses people off.

You’ve had a veritable Who’s Who of LGBTQ guests, too.

Yes, Rosie, Guy Branum, Lady Bunny, Lea Deluria. One of my favorites was Roberta Kaplan (Edith Windsor’s the attorney in the DOMA case).

I was just on her show this morning pimping the Nags Head thing!

You got your start winning Emmys for writing on “The Rosie O’Donnell Show.” How did you and Rosie cross paths?

I knew Rosie before she was famous. She was good friends with this comic Margaret Smith who’s not in the standup business anymore but was pretty famous back in the 70s and 80s. Margaret was staying with me in New York, and she introduced me to Rosie. We all became good friends from the clubs. It’s like all these people! Ray Romano and John Stewart, Louis CK.

You talk a lot about ageism and how its impact on women in the business is much more profound than it is for men. How do you adapt your act to stay relevant and get bookings?

Oh, it’s definitely harder on women. And, look, I love the male comics. I mean, no one is telling Louis Black he’s too old, you know? I focus on the work and doing the job. I could let them get me down and give them power. Or I can just look at the people who have influenced me, like Joan Rivers who was never more relevant at 82 when she died.

There’s this misconception that standup comedy has this demographic of young white straight guys. Well, I’ve never been funnier. And I’m going to get funnier the more I live. I’m fearless. You can’t say anything to me that I haven’t heard before. I have heard it all: you’re too this or not enough that, you can’t say this, you can’t say that. Fuck you! Don’t tell me what to do.

I’ve been doing this for over 35 years. No one is going to stop me. I’m out five, six nights a week doing standup. I was at the Comedy Cellar last night, and I was like oh my God! I look around, and I’m twenty some years older than these people. But this is what I am, I’m a comic, and I love it.

Does the traveling get hard?

Traveling sucks, I never liked it. When I started travelling it was horrible because we had no cell phones, no computers. I had one suitcase that was a junk drawer. I would literally throw all my shit in there. I travelled with a two-cup coffee maker and coffee from Zabars because it was pre-Starbucks. And it was so isolating. You couldn’t use the phone in the hotel because it would chew up your whole salary.

Travelling now is way better than it was because you’re much more connected. But I still hate the packing. I’ve been doing this so long, and whenever I have to pack, it’s two days of anxiety. I’ve been stranded so many times that now I’m like, OK, bring enough antidepressants in case there’s a fucking terrorist attack or natural disaster.

But once I get there, I love it, getting in front of the audiences who love you back.

You have cobbled together this patchwork career of television and movie cameos, and my husband and I cheer when you pop up. The latest thing we saw you in was your quick turn on TBS’ “Search Party.”

I love that! You know, it’s so nice that these people just ask me to do these things. I did “Broad City,” and I just did “Friends From College.” But I want the regular thing, not the cameo. You know what I’m talking about?

Is that in your future?

You’ve also done a ton of writing, and you received accolades for “25 Questions for Jewish Mothers,” which earned you a GLAAD Award.

That show was the first show I wrote with my writing partner Kate Moira Ryan. I had just become a mother, and I said I can’t with these going to clubs and travelling. I want to do a one-person show, but I don’t want it to be my standup act with music behind it.

So, we actually went around the country interviewing Jewish mothers. Initially it was to find out if the stereotype was real. But it ended up being this amazing journey that morphed into a stage show and a book.

In the show, I talk a lot about coming out and being gay and a Jew and a mother, and it was so cathartic for people. Gay kids would come see the show, then bring their parents back with them and come out . I got so many letters from kids who had been shunned by their families, who said they never thought they could be Jewish and gay until they saw that show.

What was your personal experience growing up gay in a Jewish household in New Jersey in the 60s and 70s?

Well, I always knew I was gay. You don’t know what it is until you’re an adolescent. You’re like, wait, I’m different. I’m not going to get a Barbie, I want to mow the lawn. You realize what it is, and to grow up in that era…I mean you’re my age, and you know how it is thinking it’s the most horrible thing. You can’t tell anyone else, and you think it’s going to be over if you tell anyone else. The fear.

And then the AIDS crisis hits, oh my God! But that actually brought the community together, so that was one positive. I think that was the catalyst for marriage equality as well. But it just wasn’t easy keeping that secret.

I feel you, but there’s a part of me that kind of misses those hard knock days when we had to fight for our lives. Our community seems so splintered now that we’re acceptable.

I spend the summers in Provincetown, my girlfriend and I have a house there. And I sit on that same beach that I’ve been going to since the mid-Eighties. Now we have our equality, and there’s straight people there. I’m like, NOOOO! Go to Hyannis! You have the whole rest of the Cape.

There was something about being on that beach in the Eighties, and everyone single one of us was going through the same shit. But there we were, just for one week a year, living our lives, having fun. There was such a connection.

Now it sometimes feels like the community is just kicking itself in the face. Now we have gender politics going on. I’m like, hey, I fought for your rights, and if I make a joke about you, and you get offended, don’t give me that “I don’t feel safe” shit. Sorry, the world is not safe place. Plus, it’s a fucking joke!

I am very proud to be a part of this community. I have seen a lot, and I’ve been through it. And I have a lot to say about it. Because, come on, let’s stop taking ourselves so fucking seriously.