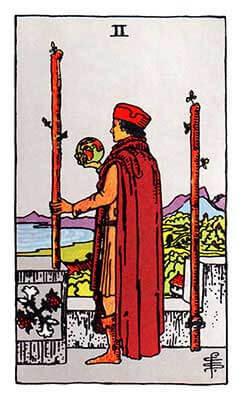 It wasn’t until about a year after my father died that I finally exhaled.

It was one long gargantuan release that began in the depths of my soul and crept through my bone-tired body. I couldn’t stop until every bit of it was expelled into the universe like a huge black cloud of poison.

At that point, it had been six years out of a total of 10 that would ultimately be characterized by sickness and death, anger and fear, and stress so unrelenting that at times I wasn’t sure how I was going to survive it.

I refer to that time as the Tipsy Teapot. That was the name of a quaint little café in my North Carolina hometown that that my parents loved. It was also a spot-on metaphor for my family’s chaotic and often violent history.

Let me short hand it for you. The Prince of Tides meets The Royal Tenenbaums. Dysfunction meets genius.

Now, with my father dead and my mother in a nursing home, not far behind him, the teapot had stopped tipping so violently, and my brothers and I could relax our grip. A little bit.

But it brought me to the realization that I was damaged goods, a product of a highly dysfunctional upbringing. And that damn teapot would always be tipping to some degree for the rest of my life.

My brother called me the other night. He had experienced the worst of it. He was molested by a family acquaintance. That, coupled with the fact that he inherited our family’s long-running alcoholic gene had resulted in a miserable sentence of substance abuse that nearly killed him. He had recently sobered up, and we were now able to explore our mutual experiences.

This night, we simply picked up where we left off, which was right in the middle of our marathon 40-year long therapy session. I had consumed a couple of martoonis, and he had probably smoked a fatty (sober was always a suggested guideline in our family). Our conversation was long and uninhibited, and I went outside so as not to infringe on Andrew’s peace.

“I love mom, and I want what’s best for her,” I said, “but I can’t help it, I still resent how she neglected us when we were kids.”

“I know, Eric, she has always just taken and taken, and here we are at the end, still giving her everything,” Jon said. “I know she can’t help where she is now, and she needs our help, but I’m still pissed over everything that came before.”

We continued along this path until I grew weary of hating on her. You have to invoke a lot of bad mojo to maintain that negativity.

We hung up after a quick “later,” and I went inside to my husband-whom-I-cannot-marry.

“I don’t know why you two keep going through that same procedure and digging up all that stuff,” he said. “I guess you’re just programmed that way.” He turned back to his cooking show.

I let it go as best I could, but I wondered if I would ever feel anything other than a tumultuous jumble of guilt, resentment, and sadness when it came to my family.

Andrew and I watched the rest of America’s Test Kitchen. Bridget made some delicious-looking chicken and slicks, and Adam tested meat grinders in the Equipment Corner. This is what normal is, I thought. Andrew had demonstrated that love did not have to walk in the room with drama in its hand.

Late that night, I awoke in tears. The last vestiges of my dream were slipping into the abyss, but I still saw my father’s face. He was grinning at me, that same easy, goofy grin brought on by a dirty joke or too much booze.

He had been here, I was sure of it.

I thought about him, and I sank deeper into the realization that he was really gone. My tears began to spring from some deep well of sadness that I had not allowed myself to tap into after his death.

I didn’t want to wake Andrew, so I slipped out of bed and tiptoed to my office. The house was dead quiet and cold. Outside, the oppressive mid-winter’s night pressed against the windows. I sat at my desk, head in my hands, and let the huge lumbering wave suck me under. I cried for my father. I cried for my mother. I cried for a world full of the neglected children. I cried for the abused animals in the Sarah MacLachlan SPCA commercial. I made myself cry over anything so I could begin to get it all out.

My sadness began to come from another place, from a vision of the little boy who never had the chance to be that kid without worries; that kid who never experienced unconditional love from his parents without the expectation of something in return; that kid who was never free from the burden of the awful family secrets of homosexuality, sexual abuse, and drug and alcohol addiction; and that kid who always struggled to get through the goddamn day by keeping the peace and not upsetting anyone.

I had never grieved for that boy. Sure, I had thrown my share of woe-is-me pity parties. But I had never been able to pull back to 60,000 feet and truly feel what he went through. It was comforting to finally acknowledge him, to see his early life through the telescope of years for what it was. He was a mess in so many ways. But to be fair, many times his life was really fun, exciting, and full of lots of cool adventures and incredible people that many kids would never experience.

There’s a scene with Meryl Streep and Gene Hackman in “Postcards from the Edge,” Carrie Fisher’s hysterical and touching 1994 autobiographical film. Streep plays a recovering drug addict who’s tortured by the memories of her dysfunctional childhood. Her relationship with her mother, an alcoholic played by Shirley MacLaine, is at the root of her self-loathing. Hackman’s character gives her a piece of advice that has stuck with me for decades.

I recite it silently: “She did it to you, her mother did it to her, and on and on, all the way back to Eve. And at some point, you have to say, fuck it. It stops here. It ends with me.”

Without really thinking, I picked up my trusty old Tarot cards, wrapped in the teal bandana I bought in Tortola 15 years ago. I spread them out in a fan on my desk, closed my eyes, and pulled one. I opened my eyes, turned it up, and there, like the baby Jesus had heard my questions, was the two of Wands.

I contemplated the intricate and colorful portrait. A regal man in red flowing robes is holding a small globe and stands on the roof of a castle. He’s looking out over a vast terrain to his right and the ocean on his left. The globe represents a world that is his oyster with huge potential. He understands his ambition, and he knows what must be done–if he can make the choice to release the past and embrace broader life experiences.

I smiled, the last of tears drying on my face. I silently thanked my father for waking me up with the message, made my choice, and went back to bed.